THE UPSIDE TO PLANNED SEX 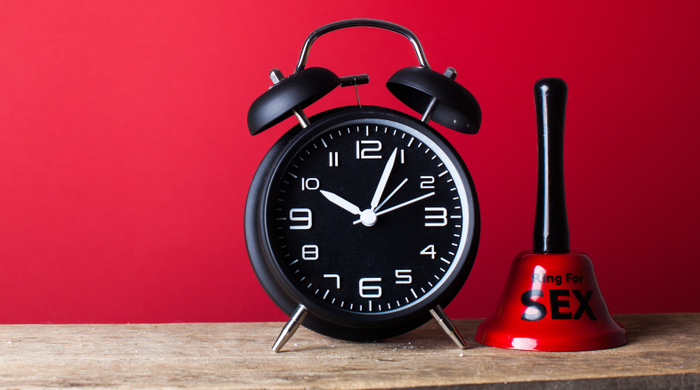 Sex o’Clock.. Are we nearly there yet?

Let’s face it though, life creeps in to all the action that we could be having, and although we’ve been primed on the novelty of sex and the thrill of the chase, sometimes it just doesn’t pan out that way.

Spontaneous sex is wonderful, but not having any sex is detrimental.

Whether it’s a temporary measure or a long term solution, let’s just change the name to ‘Have Sex Later’ and actually do it!

We want to still have sex, and there are many benefits to ‘Having Sex Later’.

If you can’t find the time to do it, or you’re both too busy and exhausted when you do have time, remember that the act itself feels good, even if the idea of making it happen feels like effort.

‘Having Sex Later’ means that you still have something to look forward to, and if you’re in a place in your life where this is necessary, here are some reasons why it’s a good idea:

Now go put it in your diary, and have some sex!

Founder: Play With Me